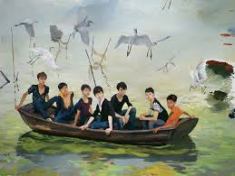 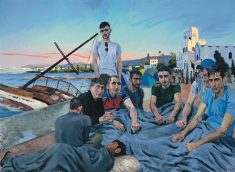 1.1 This article contributes to recent critiques of the culturalist turn in sociology and criminology. I argue that the turn away from class-essentialism towards a focus on diversity-equality and discursive (postmodern, post-structuralist) theoretical approaches have not enabled sufficient critique of ongoing social injustice and inequality in British society and its criminal justice and penal systems.

1.2 The diversity-equality program of seeking individual equality by ending identity/cultural discrimination and celebrating diversity cannot work as long as it neglects two of the main fault lines of inequality: class and political economy. What is needed instead is an intersectional and trivalent approach that takes full heed of Nancy Fraser’s aphorism “no recognition without redistribution”.

Introduction: socio-penal protest and the limits of liberal reformism

2.1 It might be fair to say that we are experiencing a period of socio-political crisis and opportunity. The combined effects of three decades of neoliberalism, oligarchy and the recent austerity-regime have culminated in Brexit and the fragmentation of Conservative party politics while the heretofore unlikely ascendancy of the left-wing of the Labour party may result in the first socio-political sea-change since Thatcherism.

2.2 The current crisis is evident in the realms of socio-penal justice, wherein liberal and culturalist criminologists and sociologists have responded by reasserting the validity of the post-Woolfian balance between penal security-and-inclusion — which uncannily mirrors the “race-relations paradigm’s” balancing of nationalist exclusions (primarily targetting migrants on the basis of class and race) — and culturalist policies of diversity-integration. These approaches cannot help us get beyond what Pat Carlen (2012) describes as the conflicted punishment-rehabilitation model of social and penal justice.

2.3 Its worth, then, revisiting the 1990’s penal riots (and their long development from 1969 onwards), the Woolf report and recommendations and the subsequent project of liberal reform in order to demonstrate its convergence with the latter program of diversity-equality, and the inadequacy of both for the task of developing a model of social justice that might take us beyond the normalisation of ongoing socio-penal inequality and injustice that has provokes both socio-penal protest and its re-incorporation within the balance of liberal inclusion-and its despotic punishments.

Prison riot and passive revolution: 1969 to the present

3.1 The current phase of austere prison conditions and punitive over-incarceration has led to an escalating series of prison staff strikes and protests, and prisoner dissent and riots that echo the last historical wave of punitive prison austerity. That period of dissent saw 10 major disturbances between 1969 and 1983 (HO 1984). Further major protests and disturbances followed at Holloway, Gartree, Pankhurst and Albany in 1985, and frequent individual disturbances continued until the riots of 1990, culminated in the Strangeways riot in April 1990 (hereafter ‘Strangeways’).   The factors contributing to the riot included overcrowding, understaffing, inadequate staff training, poor regimes, conditions, and staff-prisoner relations, amid a ‘security and control agenda’ (Wolf and Tammin,1990; see also Sim, 1987). As the punitive conditions and lack of procedural justice for prisoners were widespread and longstanding, Strangeways was a riot that could have happened in many other British prisons at the time (Scraton, et al., 1991: ix; Eaton, 2011: chp2).

3.2 This period of prisons crisis was also one of prison staff dissent, with staff taking industrial action on 7 occasions in d 1975, 34 in 1976, 42 in 1978 and 114 in 1978 (Fitzgerald and Sims, 1980). Mike Fitzgerald and Joe Sim (1980:73-4) noted that while the dispute was over pay and conditions, it also involved a contest over prison authority and legitimacy. The bones of contention were the custodial or welfare role of prisons and the relative authority of the different professions working in prisons (welfare officers and education staff, and custodial prison staff).(76).   Fitzgerald and Sim argue that prison officers were seeking to maintain income levels that had been protected from austere incomes policy through a range of privileges ( overtime in particular). They were also seeking status and income parity with the police who had been granted higher pay, in a period when government was increasing finding and support for policing social disturbances. The government sought to impose incomes policy on prisons in line with other (non-policing) public services, to destroy the strategy of privileges, and to introduce labour flexibility through the use of auxiliary staff  (for example, administration). At the same time liberal academia experts in and government officials sought more staffing in prisoner training, treatment and welfare, and a change in the role of (at least some) prison officers from purely custodial to being partially welfare and treatment focussed.

3.3 In terms of a crisis of authority and legitimacy, it represented a contest between prison officers seeking to maintain their position as a hitherto class aristocracy and their authority as the controllers of a punitive custodial regime, liberals seeking a transformation of the prison system from custody to rehabilitation on the basis of shared liberal values, and government (of both parties) seeking to impose economic rationalism across the public services (Fitzgerald and Sim,1980).. .

3.4 Penal dissent in the current period has seen English and Welsh prison estates marked by multiple instances of rioting and other forms of dissent. The dissent reached a high point in 2016, with riots in HMP Lewes, Bedford, and Swaledale, while the Birmingham prison riot (in November 2016) was reportedly the worst since Strangeways (ref).  Although the riots garnered media and political attention, they represent just a small proportion of the total of ‘concerted indiscipline incidents’ in prisons, which more than doubled from 2013 to 2016 (Selous, 2016).[i]

3.5 To date, there has been no ethnographic research published on the recent wave of prison dissent. Media sources, however, indicate those involved in or witnesses to prison disturbances cite prison conditions as the cause of dissent. For example, a rooftop protest at HMP Manchester (formerly ‘Strangeways’) was directed against lengthy lockdowns and understaffing: prison staff concurred with the protester’s criticisms (Parveen, 2017).  Anger at excessive lockdowns caused by staff shortages was the reported motivation for the riot at HMP Bedford (Press Association, 2016). The disturbance at HMP Guys Marsh in March 2017 was reportedly a protest over poor prison conditions (Press Association, 2017a). A prisoner witness to the riot at Birmingham said ‘listen, if you treat people like dogs they behave like dogs’ and reported that ‘there’s not enough training for staff’ (Enoch, 2016). The build-up to the riot had reportedly involved ‘growing unrest over the fall in facilities to prisoners … and an increasing number of hours spent locked up due to staff shortages’ (Pryce, 2016). Another Birmingham prisoner reportedly stated that ‘[W]hen we were told this morning that we were not getting exercise everyone went mad. They have had enough. They cancel gym all the time, the showers are cold, the food is crap, the heating is never on and we never get our mail on time” (325.nostate.net, 2016).

3.6 The current dissent bears comparison with that of the previous period inasmuch as its prisoner protest and the criticism penal experts made of the ‘illiberal prison system’ has been matched by dissent amongst prison staff. Staff dissent involved large-scale walkouts and protests, and the Prisons Union had planned strikes before the High court granted an injunction against strike action in February 2017. Their concerns focused on the heightened risks of working with prisoners angered by the poor conditions caused, in large part, understaffing, and the correspondingly high suicide rates and drug abuse (Munzinger, 2016). The focus of dissent also includes low pay, inadequate training, and the lack of senior guidance caused by the exodus of experienced officers (Doward, 2016; POA, 2016). The staff protests differ from those of the 1970-80s, in as much as prison staff are no longer a class fraction seeking to maintain or further an advantageous position, but rather a profession fighting from a weak position following the economic rationalisation of the prisons department under Labour, Coalition and Conservative governments. The prison staff dissent also differs inasmuch as it no longer represents a fight for authority over the prison system within a punitive custodial ethos. Prison staff arguably accept Lord Woolf’s recommendations that prisons should maintain security and good order by being just, and that such ‘dynamic security’ involves relations of trust and consent between staff and prisoners (refs, Woolf and Tammin, 1990).

3.7 Both of these waves of prison-based protests occurred periods of wider social and criminal justice transformation and dissent.  Strangeways occurred at the end of a decade that witnessed ‘wholesale deindustrialisation, mass (especially youth) unemployment, [and] growing anti-immigrant feeling’ (Jefferson, in Hall et al, 2013).These changes contributed to widespread industrial disputes and strikes, including factory and postal workers in 1970-1; construction workers in 1972; miners and allies in 1972 and1974, female Asian factory workers throughout 1976-8, miners, factory workers and public service throughout 1978-9, steel workers  in 1980, NHS staff and allies in 1982, miners, shipyard and furniture makers  throughout 1984-5, and postal workers in 1988. They also contributed to frequent inner city rioting and protest including Southall, 1979, St Paul’s, Bristol, 1980; Brixton, Handsworth, Birmingham, Moss Side, Manchester, Toxteth, Liverpool, Chapeltown, Leeds, 1981, Broadwater Farm, Manchester students, 1985; and Hackney and Liverpool race riot in 1985.

3.8 These riots, protests and strikes all represent withdrawal of the compliance, obedience, consent and allegiance that those subject to power give to power holders. The prisoner riots indicate, at a minimum, that the rule of prison authorities is not regarded as legitimate. The strikes of prison staff indicate, again at a minimum, that the government’s management of prisons is not legitimate. The period’s wider public protests represented crisis of legitimacy for political and policing authorities amongst trade unionists, female environmentalists, students, black youth, , with, for example, the wave of industrial unrest leading up to the miner’s strike of 1974 preceding the fall of the Health government.  However, if the policing of working class and minority groups contributed the loss of legitimacy among those groups in the 1970s-1990s, it also contributed to the loss of legitimacy for the welfare state’s consensus politics, and the legitimate rise of a law-and-order society (Hall et al, 2013  [1987]; Sims, 1987), including its punitive criminal-justice regimes.

[i] An incident is recorded as “concerted indiscipline” if it involves two or more prisoners acting together to defy a lawful instruction or against the requirements of the regime of the establishment. This includes major disturbances, such as riots.

[ii] .  Rioting involving  British black, white and Asian youth continued  after the fall of the Thatcher government, including, for example, riots of 1991 in Cardiff, Oxford and Tyneside, riots in Oldham, Burnley, Bradford and Leeds in 2001; and in London and in Lozells in 2005

The Road to Mandalay 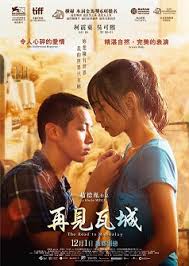 This is a blog created by Afghan refugee Mehdi Shams to give insight into life as a refugee on Lesvos, Greece.

Amplifying space for all past, present and future generations of Indigenous Writers and Storytellers.

Reflections on Gender and Postcolonial Issues

the truth will set you free, but first it will piss you off--gloria steinem

A blog for the advancement of settler colonial studies

Introducing the sociology of migration and im/mobility

For researchers, students, activists and anyone interested in research on sex work and related topics, including human trafficking

Introducing the sociology of migration and im/mobility

Just a pleb exposing the cruelty of Neoliberal Governments

for the love of things home, in-between, and away